The Time of Mercy has Closed

Originally Posted By:
Countdown to the Kingdom

Message from Our Lady

*Thank you Mark Mallett for sharing this with us!!!

At the time of this apparition, an image of Jesus in this seer’s home began to weep blood.

Dear children, thank you for having responded to my call in your hearts. Beloved children, are you asking yourselves why my Son is crying tears of blood? Know that Jesus is sad, grieved by this humanity which is being called to salvation, but which is not responding to His call. Now, my children, today the Time of Mercy has closed: invoke the Lord so that he would have mercy on you; I offer my tears for you. My children, some[1] will be saved thanks to the suffering offered up by this daughter of mine.[2] I ask you: pray, pray a great deal. Children, technology is about to be attacked by solar flares, so be ready. Evil will soon reveal itself before the world, but only those who are faithful to Christ will recognize good and evil, thanks to the outpouring of the Holy Spirit. Children, the times that will come will be hard, very hard. As a Mother I ask you: hasten your conversion, do not be lukewarm; God alone will be your salvation, entrust your lives to Him. Everything will be renewed and much will be lost, but I want to save these children of mine. The earth will continue to shake without ceasing.[3] Now I leave you with my Maternal blessing in the name of the Father, Son and Holy Spirit, Amen. 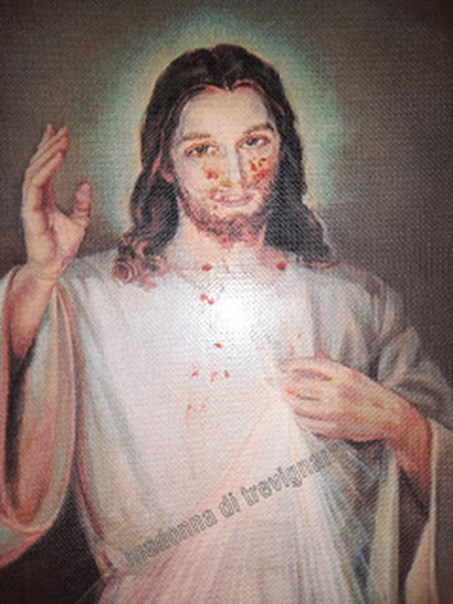 Several seers have given messages that we are now living in the times and the fulfillment of Fatima. One of the great signs left in Portugal during those apparitions in 1917 was the “sun miracle.” Given that two seers this week from different parts of the world are pointing toward the Sun—a remarkable prophetic consensus in itself—will the “fulfillment of Fatima” involve certain solar spectacles or signs?

There will be powerful earthquakes, famines, and plagues from place to place; and awesome sights and mighty signs will come from the sky. (Luke 21:11)

See: Debunking the Sun Miracle Skeptics and Fatima, and the Great Shaking

1 literally “someone” (qualcuno)
2 The seer Gisella, whose “suffering” during the coming Easter season has already been mentioned in these messages, probably referring to her stigmatization during Holy Week.
3 According to one website tracking natural disasters, planet earth has seen the highest number of major quakes ever recorded in the first 65 days of a year. In all, 42 major quakes of magnitude 6 or higher have rocked the planet; 26 have rocked the eastern margin of the Australia plate since the first day of 2021. See thebigwobble.org


Anne, a lay apostle
✞ Latest Messages
Giselle Cardia
✞ Pray Much
✞ Respect the Prophets
Luz de Maria
✞ Message from Our Lord
Miscellaneous Messages
✞ I wish to take the yoke off you
Our Lady of Zaro
✞ A Great Schism
Pedro Regis
✞ Defend the Truth
Shelley Anna
✞ This will be a Time of Persecution
✞ The Earth will Quake and Crack
Valentina Papagna
✞ They come to receive Me unrepentant again!
✞ Pray for the churches and pray for the clergy
✞ War in Ukraine