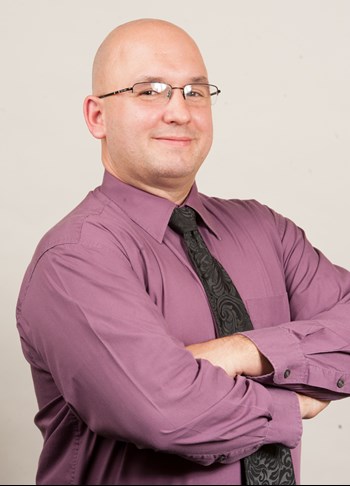 Hello, and welcome to After the Warning. I am Jim Fifth, the site's webmaster, devoted husband, father of 4 beautiful children, and a loyal convert to the Catholic faith. This site is the product of years of research into the realm of private revelation and our rich faith, along with thousands of hours of studying and programming. This wonderful site has been a labor of love, built to enrich and inform the people of God throughout the world of the lateness of the hour and to prepare them for the events that are soon to unfold upon the world scene.

To understand the driving force responsible for bringing about this site, you must first learn a little about me. I myself was raised in what has become known as a typical American home. Growing up in a single-parent home, I was accustomed to being alone with my brothers most of the time while our wonderful mother worked 2— and sometimes even 3— jobs just to keep food in the fridge. God was not taught in our home, and morality was learned from either the television, our school or our friends.

In my teenage years I found myself trapped in the world of the occult. Witchcraft, psychic powers and incantations consumed me for years until the day came when Jesus intervened, permanently altering the path and destiny of my life. [You can read my conversion story here: My Conversion from the Occult.]

Although He had broken the bonds that tethered me to Satan's treachery and deceptions, He was not blind to the fact that He needed to guide me beyond the mere understanding that He existed, and trust me when I say, He had the perfect plan. He used my my misguided curiosity that led me toward the occult, and redirected it toward something unknown to me... prophecy. He placed me into the hands of the only person who could lead me to their son Jesus, and that was the Blessed Mother. Their I discovered that Heaven had been giving private revelations to countless people with words of encouragement, guidance and warning for a broken and fallen humanity.

As the years continued on, I grew more and more in the desire to promulgate Heaven's words. I had collected so many messages that I began handing them out on 3.5 inch floppy disks to anyone who would read them. Those disks eventually turned into CDs placed in the back of our church. But even that was not enough.

Eventually I found myself saying a prayer to God that if He helped me learn how to program, that I would offer my new skills to the spreading of Heaven's messages to the world. I went to school for several years and by 2006 all the files and documents on those countless disks were brought to the web.

This current website is the 5th generation of those old square floppy disks I had used to evangelize so many years ago. And although this has been a labor of love, it is in no way a 'final authority' in the matters of discerning private revelation. I am merely a simply layman doing what I can to spread the messages of Jesus and Mary throughout the world to prepare mankind for the final battle that is quickly approaching. I humbly submit to you the readers all the messages that God has been speaking to my heart through for your prayerful discernment.

Despise not prophecies. But prove all things; hold fast that which is good. From all appearance of evil refrain yourselves.  —1 Thessalonians 5: 20–22 [DRB]


Giselle Cardia
✞ Pray for France...
Luz de Maria
✞ It is NOT the end of the world
Our Lady of Zaro
✞ Let Yourselves Be Loved
Pedro Regis
✞ Onward Without Fear
Valeria Copponi
✞ Jesus, Ascended into Heaven


Eduardo Ferreira
✞ Do Not Be Intimidated
Giselle Cardia
✞ Communism is Advancing . . .
Luz de Maria
✞ Message from Saint Michael
Miscellaneous Messages
✞ There will be a war for the harvest
The Webmaster
✞ Praying for a breakthrough