From Witchcraft to Salvation 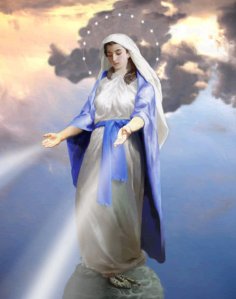 The following account is a testimony of a missionary of Lesotho. It was published in the magazine “Our Lady of New Time” in 1982 and told in the Marian Collection 1986 by Brother Albert Pfleger, Marist:

One day Father Oblat was trekking across the high mountains of Lesotho, with a rosary in his hand, visiting the Christians spread here and there scattered throughout the villages. Suddenly, a clap of thunder threw him to the ground. He got up painfully, with the help of his catechist who begged him to turn back. “The demon is annoyed because there is a soul to save,” replied the priest. And they continued their route in prayer.


After a good deal of walking on mountain paths, they heard cries coming from a remote village. The good father stopped, “Someone is calling us, let us go there!” he said. The catechist replied, “No, that village is full of witches, it’s a trap.” But the priest answered, “Perhaps there is a soul to save there. I must go and find out.” And the priest set off to the village, followed by his reluctant assistant who seemed to be more dead than alive.


When they arrived, several women surrounded the priest and took him into a hut where a girl about 17 years of age was dying. The women said, “She has been calling for you. She wants to be baptized by a Catholic priest so she can be with the beautiful lady.” The father knelt down close to the dying girl who said with great effort, “Are you a Catholic priest?” He replied, “Yes, I am.” – “Then baptize me quickly. Please hurry…” 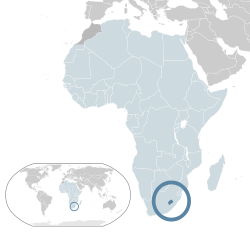 While the catechist was preparing things for the baptism, the father asked the patient some questions to which she answered without hesitation. The missionary was very surprised to learn that she had spent some time with the children of the Christian village who had shared what they knew about God. Without delaying any further, the priest gave her the sacrament. When he spoke these words, “Mary, I baptize you…” a radiant joy lit up her face and a new force of life flowed through her.


The priest took advantage of this betterment to ask her why she wanted to be baptized. She replied, “I had a dream: I saw a beautiful white lady wearing a belt the color of the sky. She smiled at me and kissed me lovingly. I wanted to get closer to her, but she said, ‘Not now, but ask to be baptized by a Catholic priest and then I will come and get you.’” The priest was very much moved and he gave her a Miraculous Medal. “This is the lady! This is the one I saw!” said the dying girl. She kissed the medal with love, then, exhausted, she fell asleep. The priest blessed her and went back on his way. He wasn’t far when the witches called to him, crying: “She has passed away.”


The Webmaster
✞ WE'RE BACK!!!!
Giselle Cardia
✞ Pray for my Ukrainian Children
Our Lady of Zaro
✞ Hard Times Await You
Shelley Anna
✞ Biological Warfare Will Begin
✞ Awaken from your Slumber and Take Notice to the Heavens!
Valeria Copponi
✞ Plead for the Coming of My Son
Luz de Maria
✞ Message from Saint Michael


Giselle Cardia
✞ Always Be Vigilant
✞ Pray for Japan and China
Luz de Maria
✞ The Warning is Rapidly Approaching
Miscellaneous Messages
✞ Cenacles will be Lightning Rods of Divine Justice
✞ MANY will be called to the Presence of the Father very soon
✞ I must allow a great test to come your way this year.
Pedro Regis
✞ Bend Your Knees In Prayer
Valentina Papagna
✞ Holy Michael the Archangel Speaks
✞ My Mercy is abundantly Pouring
✞ The devil behind the Holy Cross
✞ For the Cenacle Rosary Prayer Group and for all Prayer Groups