The Future of Technology

In an unusual 1981 message that was not authorized for release until 2004, Venezuelan mystic and stigmatic Maria Esperanza, associated with the Church-approved site of Betania near Caracas, 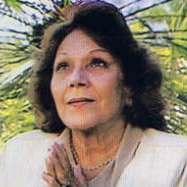 presented a vision of the future that saw great improvements for  mankind including stunning new inventions -- but only after science and religion join forces, eliminating the separation that has turned science into a religion (often a Godless one) unto itself.

The release of the message, which Esperanza requested before the end of this month (March 2004), coincides with the surprise and worrisome announcement that scientists are on the verge of creating artificial life forms in their laboratories -- in effect, of re-creating Creation. We present it only for your personal discernment.

For years, Esperanza and other Christian prophets have warned that such misuse of technology -- Godless technology, especially human cloning -- would be disastrous. So too is it wrong to pollute the environment and waste limited resources, Esperanza has implied.

Instead, she seen great breakthroughs as coming in concert with Christ-centered scientific endeavors. In a world where science is in tune with spirituality, Esperanza claimed -- in a message she said came from the Lord -- there will be "great events" and a "conquest" of what she called the "spatial era."

"You must know that if you obey, the fullness of a wonderful light shall reflect upon you," she quoted Jesus as saying. "Great luminaries will work lively splendors that you may see next to you, guiding your footsteps because of your love for Me. Great events are near and the next one will shake the world of science."

Esperanza maintained that a "wonderful reality" will come if science embraces humility, respects God, and opens itself to the Holy Spirit, Whom she claims will unleash hitherto unimagined inventions, including technology that will eventually neutralize radioactivity. 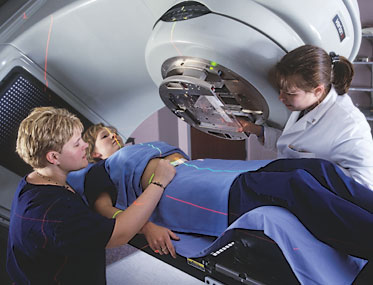 In language strikingly uncharacteristic for Esperanza -- whose messages are usually simpler ones of devotional Catholic inspiration -- Maria used technical terms such as "nuclear electronic science, thermonuclear science, and transistonuclear science." The message, now 23 years old, also seems to have foreseen the internet. "Electronic computers will [cause] the utmost revolution people could imagine," she quotes a message from 10:30 a.m. to 11 a.m. on March 18, 1981, as saying. "This is why the society of the future is called to establish great reforms, so the unbridled whirlpool of mankind may not become unbalanced in trust, so everything will be in order."

Did Esperanza really see into the far future? Could such marvels actually be on the way?

As always, we offer this with the admonishment that we must constantly test the spirits and discern messages and sometimes even lines within messages individually, so as to guard against deception; there is often a thin line between what is futuristic and what strays into the New Age.

But we also remain open-minded to a mystic who has drawn the support of her local bishops and whose gifts -- including stigmata on Good Fridays -- are as potent as any known seer, if not more so, and whose visions of the future are strikingly similar to those who have had near-death experiences.

"It will be the key to nuclear energy, which will be shocked," she said, quoting the alleged message about a device that she says will eliminate harmful radiation. "Its reactions will grind to a halt, and then the time will come in which it will be used for pacific purposes, for man's well-being and for the probable happiness of better days. This will come about with the sun and with the drive of magnetic forces of earthly energies: volcanic forces, wind, water, certain kinds of seaweed because phosphorus will be better assimilated. In short, no element will be wasted, everything will be used."

It is a vision that seems to intermingle with Heaven itself and recalls the arcane visions of Ezekiel -- referring to heavenly music that will supposedly edify mankind spiritually and even physically. Such developments will come only at the end of the current era, which she has warned will undergo a purification this century, especially during the next twenty years, due to our sinfulness, especially our lack of humility, charity, and love and a lack of devotion to the Eucharist. "Men cannot think, cannot imagine for a moment, the great struggle among nations that will take place, brother against brother," she quotes Jesus as saying.

After that cleansing, however -- if mankind reverts back to the Lord, and lives in a simpler, more harmonious way, as He did, in concert with nature -- will come what she describes as devices far more revolutionary than even computers. Esperanza had foreseen a day when a new type of music will be devised that brings health instead of the disintegrative effects of current music. There will be "amazing devices," she claims, with far more capacity to diagnose and heal human sickness -- if science and religion join forces in God's plan.

One example: a new technology that will allow a powerful new means of illumination, turning dark into day. She foresaw that as tapping into a "stellar curvature." She also saw forces of light and music combined together in ways that currently are unimaginable. In equally surprising language, she foresaw "the registration of equations to their final expression" and computer devices that will replace many of the functions of a doctor. She describes such inventions as coming from "secret forces" hidden in rhythms of nature and what she calls the "sacred canticles."

What to make of it? Is the futuristic tone not startling? 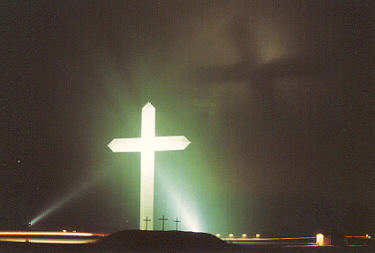 "I was immediately observant of the fact that what was contained in the message came from Heaven," says one priest, Father John LoSasso, O.F.M. of the Bronx, who is a close friend of hers. "There were many expressions, words, and phrases that are simply beyond Maria Esperanza. I am more and more convinced that the world is drunk with its technological capabilities. We now think that the creative role of God can be eliminated and replaced by our technology as we bring about life in a laboratory. When we reflect on what we have done with our technology, we ask how long will God be so patient with his creatures. There is a clear warning in the message not to misuse our technological capability. Every technological development must be in accord with the will and plan of God."

In the message 23 years ago, Esperanza had foreseen the opportunity through that for "universal brotherhood."

"Be courageous," she claimed Christ told her. "Jesus, your instructor, He Who reveals a better tomorrow: my daughter, I love you!"


Giselle Cardia
✞ Pray for France...
Luz de Maria
✞ It is NOT the end of the world
Our Lady of Zaro
✞ Let Yourselves Be Loved
Pedro Regis
✞ Onward Without Fear
Valeria Copponi
✞ Jesus, Ascended into Heaven


Eduardo Ferreira
✞ Do Not Be Intimidated
Giselle Cardia
✞ Communism is Advancing . . .
Luz de Maria
✞ Message from Saint Michael
Miscellaneous Messages
✞ There will be a war for the harvest
The Webmaster
✞ Praying for a breakthrough